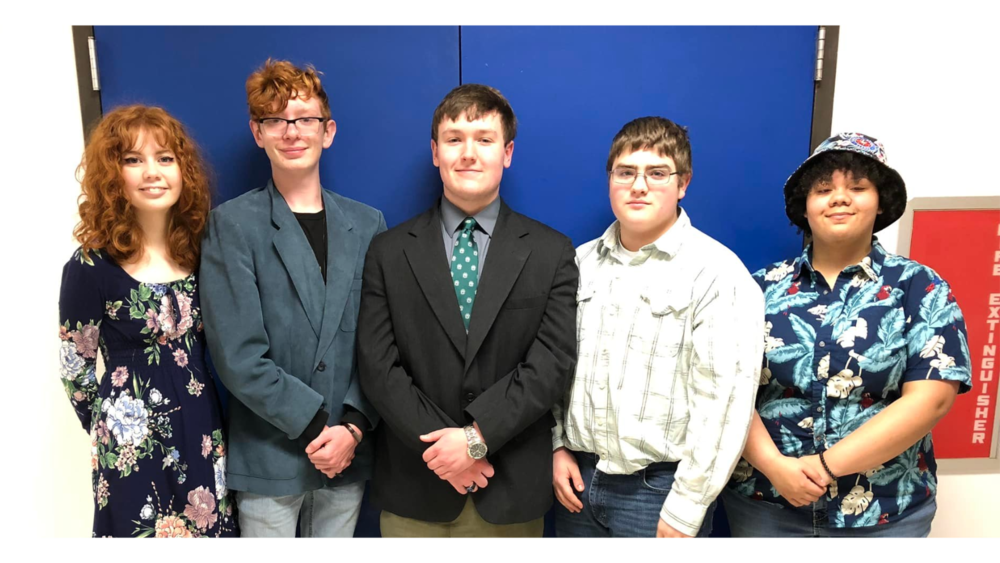 Saturday, the Scotland County Scholar Bowl team completed their 2022 season with a loss in the District Championship game against Van-Far. They finished the MSHSAA tournament at the Sweet 16 (of 76) stage and went 4-1 on the day. With an average of 7.67 toss-ups per prelim games, Zac Behrens was named to the All-District Team.

The Scholar Bowl team ends their season with a 22-12 record, including placing 4th at the South Shelby Winter Invitational (of 15) and the Scotland County Invitational (of 12), and a second place finish in the District Tournament. Zac Behrens and Iris Mishra earned All-Conference Honors as well. We are so proud of this team as they continue to excel and uphold the strong tradition of Scholar Bowl at SCR-I.

Zac Behrens finishes his career with a record of 87-35, winning three Conference Championships and two Scotland County Invitationals. He has been named to multiple tournament teams. Over his career, he has answered 546 toss-ups correctly. He holds the record for most toss-ups correct in a single game, answering 12 out of 22. He also holds the top spot for most toss-ups in a season, answering 216 correctly this season, just shy of 30% of all toss-ups asked. His performance today at the district tournament matches the all time performance in a tournament already held by Zac, averaging 7 toss-ups a game, getting 29% of all toss-ups asked correct.

Throughout Zac's career, he has advanced through prelims or to the playoff rounds in every tournament he has played in. Zac will leave some big shoes to fill, but has continued to serve as an encouragement to the ones who will come after him. Thank you for the great games, tournaments, seasons, and memories.

Below are the results from the District Tournament:

After 3 Prelim Rounds, the Tigers were 3-0 and earned the 3 seed in the afternoon single elimination tournament.